If you’re interested in getting a Tesla, you’re probably curious: how affordable are Teslas?

Upfront, Teslas are as pricey as buying a BMW or Audi, but they shine in the dramatic level of savings you’ll accumulate by not buying gas or investing in frequent, pricy repairs. While Tesla might be expensive, it’s worth it.

In this article, I’ll be detailing how much Teslas cost, how to budget for one, how much you need to earn a year to afford a Tesla, and much more relevant info about money and Teslas!

Can I Afford a Tesla? How To Afford and How Much To Make

As with any purchase as expensive and important as a car, it’s vital to take a good, hard look at your finances and crunch the numbers. If you don’t make enough money or can’t budget well, it may not make viable sense to buy a new car as expensive as a Tesla.

What Salary Do You Need To Buy a Tesla?

There’s no minimum salary to buy a Tesla, but your earnings have to make sense. If you’re making $70k a year, it may not make financial sense to buy a fully-loaded Model S at its sticker price of $80,000. The lower end of yearly salaries to buy a Model S or X would probably be $150,000 a year or more.

For lower yearly salaries, it might make more sense to buy the cheaper Model 3 at $39,990, which is a more affordable option for the average consumer. I’d still recommend you make $70k a year or so, just to be safe.

More important than your salary is how well you budget – if you know where you can save money to allocate extra for other areas, you’ll be able to afford a Tesla on a lower budget.

How To Save and Budget for a Tesla

Budgeting for a Tesla is no different from budgeting and saving for any luxury purchase like a vacation, but there are a few more tips you should consider.

Tips for How To Budget and Save for a Tesla

If you’re in the market for a Tesla and wondering if the Model 3 is a good option for a first car, then check out this article that I wrote. I went over all the reasons why it is a god choice and what you should take note of.

Can a Teenager Afford a Tesla?

An average teenager can’t afford a Tesla unless they have a rich family that gives them the money. If money is no object, you should still consider if it’s a wise move to buy a luxury car for a teenager who has little to no driving experience, and especially no experience driving high-powered cars.

It’s probably a better choice to buy a teenager a used car with good gas mileage, rather than a fancy electric car. If they don’t end up wrecking the car, they can sell it and put that money toward a Tesla in the future once they have more driving experience under their belt. 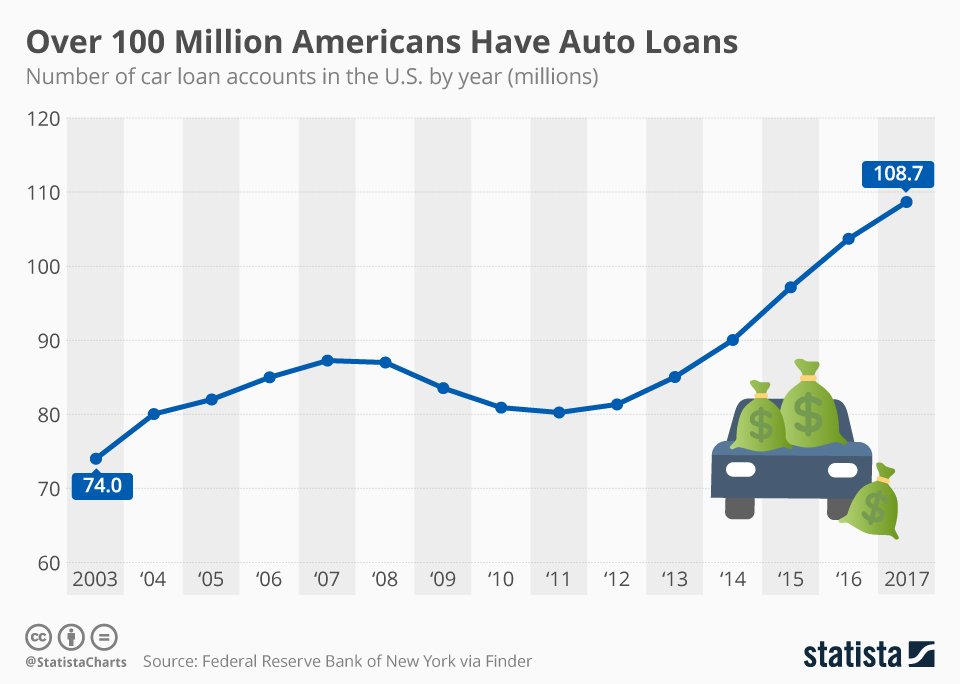 You will find more infographics at Statista

Is Owning a Tesla Cheaper?

A popular reason for buying a Tesla is that they’re supposed to be cheaper than a fuel-operated car over time. That’s because Teslas don’t need oil changes or gas, making them easier to maintain – but are they really cheaper to own and maintain than a regular car?

In general, Teslas are cheaper to maintain over time. The only caveat is that if something catastrophic were to happen with your vehicle, the repair would be costly – you can’t just take a Tesla to a car shop, you have to send it to Tesla for repairs.

Because Teslas use a proprietary computer and special mechanical systems, regular repair shops don’t have the knowledge and equipment to perform repairs and maintenance.

That said, Teslas do have ordinary maintenance needs every so often. Tesla has a 5-year maintenance schedule that it recommends you adhere to. These costs are averaged and sourced from Motor 1.

If you follow this schedule, your maintenance cost would add up to $1,410 over 5 years. Of course, this doesn’t count if you have problems with your Tesla’s computer, autopilot, or any of its other proprietary systems. Going by ordinary numbers, this is a lot cheaper than an ordinary car’s 5 years of maintenance.

Check out this video for maintenance costs of a Tesla after 40,000 miles:

Do You Save Money With Electric vs. Gas?

The cost just to run a Tesla is drastically cheaper than having a car that runs on gas. Whether that and its environmental impact is worth it to you is something you have to figure out for yourself.

What Is the Average Income of a Tesla Owner?

According to a survey of Tesla owners, the average yearly income of a Model X owner averages at a cool $143,177. Owners of the Model S make a bit more – $153,313 a year. The same survey discovered that Tesla owners trend older than the average American, too – 54 is the average.

It’s not that surprising; as you get older, you’re more likely to have good sources of income and a good level of financial security. With your needs taken care of and some extra cash laying around, you can splurge on luxuries. Namely, luxury cars like Teslas!

How Much Does a Tesla Cost per Month?

How much a Tesla costs per month depends on several factors, including what model you get, how much you put down, and your credit score.

The new 2021 Model 3 comes in at $43,190, and that’s just the basic model. The long-distance Model 3 costs $51,190, and don’t forget that Tesla charges $10,000 for the Full Self-Driving package. Yet another cost would be if you wanted a color other than white, which is the default Tesla color. That doesn’t include any other prices like premium interior, either.

Generally, you can get better financing for your Tesla if you pay a larger down payment, such as 20% upfront.

Without crunching every number, I’ll just give you the average cost, according to Investopedia: owning a Tesla comes out at about $730, like owning any other luxury car brand. The difference is that with Tesla, you don’t have to worry about oil changes, oil filters, or rising gas prices.

What Credit Score Is Needed To Buy a Tesla?

There’s no minimum credit score needed to qualify for purchasing a Tesla. As a rule of thumb, credit scores of 720 (‘Excellent’ at most credit bureaus) or above will make you eligible for lower-APR financing, and less-than-perfect credit scores will see a corresponding rise in APR.

Credit scores are difficult to get and maintain if you don’t consider such things, or had credit card trouble in the past (who hasn’t?). If you have the income to afford a slightly higher interest loan, there’s no harm in taking it if it lets you get your dream car!

If you would like to find out if Charging Your EV Really is Cheaper Than Gas, check out this article that I wrote!

Can You Negotiate a Tesla Price?

Tesla is famously anti-negotiation. Instead of operating within a standard framework where they sell cars to dealerships as a manufacturer, Tesla manufactures and sells its cars itself.

Tesla occasionally offers a discount, but they’re so few and far between that, it’s easier to just assume a Tesla’s sticker price is the only price.

Tesla maintains its image as a luxury electric vehicle company by refusing to negotiate with customers and rarely offering price drops. Other car manufacturers, by contrast, constantly offer discounts via dealerships.

Because nobody else makes and sells what Tesla does, they can demand whatever price they want. If Tesla won’t negotiate with you, you can’t exactly drive a few miles to another dealer and get a better price!

Are Teslas Good for the Environment?

Teslas using electricity to run reduces emissions, but the factories that make the Teslas still use fossil fuels to operate! This is a hidden side of EVs that companies don’t want you to know about: the factories still use power from coal and oil to smelt the metals, produce electronics, and more.

Are Teslas really good for the environment? Absolutely, even if they’re not as ‘green’ as they’re advertised to be.

How Long Will a Tesla Last You?

Considering that many cars clunk out after 100k or 200k miles (160,934 to 321,869 km), It’s impressive for a relatively new player in the car industry to tout such longevity in its products.

The good news is that a Tesla has far fewer moving parts within its engine. The more moving parts a mechanical system has, the more room for wear and tear there is. As it stands, Teslas will last longer than a typical car made in the same year.

Then there’s the skeptic viewpoint: Teslas are so new and jam-packed with exciting and proprietary tech that their longevity isn’t proven. While you might be able to buy a Tesla tomorrow and drive it for 20 years without a problem, there just isn’t data on it yet.

How To Find a Used Tesla for Cheap! 3 Steps

Can You Negotiate With Tesla? Options Explained

Why Are Teslas So Expensive? Price Adjustments Explained