Owning an electric car that can go over 500 miles (800 km) on a single charge used to be a thing we could only see in our dreams and sci-fi movies. However, cars that meet and exceed this limit are coming soon.

The rest of this article is dedicated to discussing the previously mentioned models, as well as some other upcoming electric vehicles that will change the way our world functions. Enjoy your reading!

Electric Vehicles That Can Go Over 500 Miles

Unfortunately, there aren’t many upcoming electric vehicles that can reach 500 miles (800 km) without charging. Still, enthusiasts have something to look forward to as various manufacturers have announced models that will meet this criterion.

The list you’re about to see includes a luxury saloon, utility, and commercial truck representatives. Enjoy finding out more about electric cars and vehicles that can go over 500 miles (800 km) on just one charge:

Receiving the federal EPA certification for ranges up to 520 miles (840 km), Lucid Air is officially the first electric vehicle that can reach and exceed the 500-mile (800-km) mark in a single charge. Let’s take a look at some of this model’s specs:

The numbers listed in the table are more than impressive. Lucid Air is a giant leap in EV technology, range, and power. However, there are a few issues with this model:

The primary issue is that the range-topping Lucid Air model that can get over 500 miles (800 km) per charge is already sold out. The second issue is the price – the Dream Edition prices start at $139,000.

I’ve fully covered Tesla Mileage and Range in this article! Check it out!

If you want to find out more about Lucid Air, this YouTube video can provide more info and driving impressions about the model:

Tesla’s Cybertruck is a dream come true for all of those who need all of the benefits that a utility truck can offer, but with the performances of a top-spec sports car. Here are some of the specs that we can expect from this model:

One of the most highly anticipated EVs until now, the Cybertruck has been a source of confusion and disappointment for potential buyers. Here’s why:

Although the release was first announced for late 2021, the Tesla Cybertruck has yet to get an official release date. After announcing the model and listing its specifications on their website, Tesla removed all of the numbers, causing concerns about Cybertruck’s realistic capabilities.

There’s also good news: the top-of-the-range Tesla Cybertruck is expected to start at $69,900. YouTube offers a visual representation of the Tesla Cybertruck, as well as some more in-depth info:

The Tesla Semi truck is probably the most interesting and most revolutionary commercial vehicle in history. With this fully electric semi-truck, Tesla aims to redefine the way we distribute goods around the world. Here are some of the semi’s specifications:

Find out more about the Tesla Semi from the official announcement video on YouTube:

Owning a vehicle that can go for hundreds of miles with one charge might sound like a good idea. However, it’s highly debatable whether this feature is something we should be focusing on when buying a new electric car.

Here are two things every electric car buyer should keep in mind:

Despite this fact, consumers are always after the newest and brightest that the EV industry has to offer. This is where new manufacturers step in with electric vehicle concepts that can reach up to 700 miles (1,130 km).

Based in New Jersey, Triton Solar is an electric vehicle industry newcomer that announced plans for a new luxury SUV that can go more than 700 miles (1,130 km) on a single charge. Here are some of the specs announced for this model:

According to the manufacturer, the Triton Model H will also come with:

The only negative is that we have no way of knowing when the vehicle will be available. Preorders are open, and the first 100 Founder’s Edition models have been reserved.

While there aren’t currently any electric cars on the market that can reach the 500-mile (800-km) range in a single charge, this should change with the arrival of the Lucid Air and the Tesla Cybertruck.

In the meantime, we can choose from a wide range of electric vehicles that can hit and exceed the 400-mile (640-km) mark. This list includes models such as:

Can You Add More Batteries to a Tesla? Workarounds Explained

How Far Can You Go With a Tesla? Model Ranges Compared 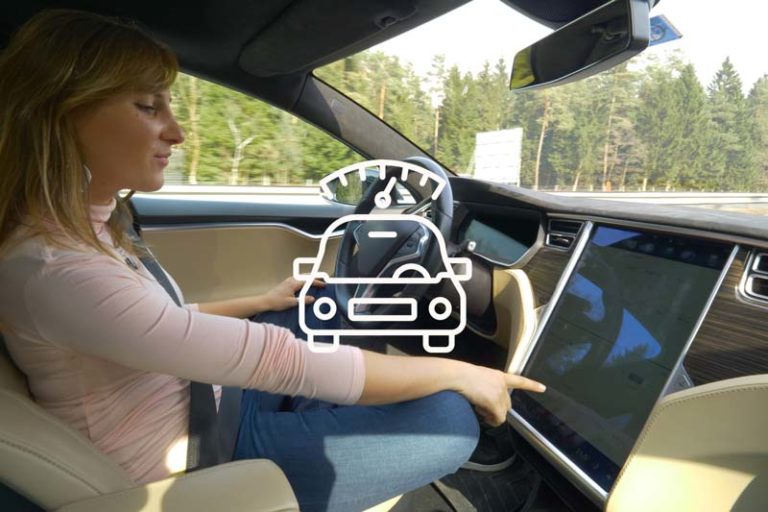 Can You Upgrade the Range on a Tesla? Options Explained 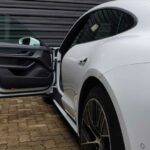 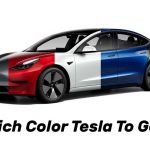 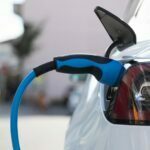