You probably bought a Tesla for the high-tech driving experience. A quiet, smooth ride is definitely a big part of that experience, and rattling noises are probably the most annoying thing you could hear. This might make you wonder—what are the most common rattling noises in Teslas?

The most common Tesla rattling noises are in the footwell area, door panel, speakers, and seat belt adjuster. They are usually caused by loose panels or clips. Luckily, most rattling sounds can be fixed at home using rubber foam and without visiting a service center.

Keep reading to find out more about the most common rattling noises and the best way to fix them. I’ll also show you how you can detect sounds in your car and pinpoint the source.

Most drivers would agree that the rattling noises are most annoying when they come from a vague area of their car. But if you feel that the sound is coming from somewhere in the footwell area under the steering wheel of your Tesla, don’t worry—there’s an easy fix most people can handle.

The rattling sound from the footwell area is usually caused by the upper panel vibrating against the AC vent. Although it is difficult to detect, it’s relatively easy to fix, albeit awkward to reach. Here’s how to do it:

2. Rattling in the Door Panel

One of the most common noises that Tesla drivers hear is a subtle rattling coming from the doors of the vehicle. The door panels move around when the car vibrates while in motion, and this causes the wires and clips to loosen.

It can be particularly annoying if you’re driving in silence, but it’s an easy problem to fix if you’re handy with tools. You’ll need:

To get rid of the rattling noises in your door panel, you will first need to remove the panel entirely. Most people are capable of doing this job, but if you’re nervous, then it’s best to visit a Tesla Service Center. If you decide to fix it yourself, here’s what you need to do: 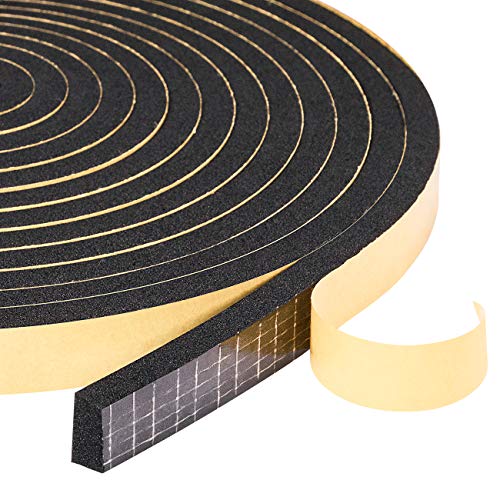 I found that Yotache Weather Stripping Rubber Foam (available on Amazon.com) is a great choice for this job. The strong adhesive is durable, and it’s relatively easy to use.

Although it might be considered a vibration more than a rattling sound, it can get pretty annoying very fast. Many Tesla owners have reported hearing vibration and rattling sounds when they play music at certain frequencies. In any case, the fix is simple enough for most people to handle.

Here’s what you’ve got to do:

I suggest applying four strips of rubber foam, one near each corner of the speaker. This should ensure that any vibration from the music coming through the speakers doesn’t cause any rattling sound. You might also want to check the passenger side tweeter. Here’s how:

Hearing rattling sounds from your seat belt adjuster can be particularly annoying, as it’s very close to your head. Tesla Model Y and Tesla Model S owners have reported this problem, so you might want to check your vehicle if you own one of those models.

The sound is usually a result of the inner and outer plastic panels of the seat belt adjuster rattling against each other. Supporting their assembly with felt is the simplest solution.

Getting rid of this rattling sound involves removing part of the plastic lining surrounding the seat belt adjuster and adding felt tape inside to stabilize moving parts. Here’s how to do it:

Sounds coming from the body of your vehicle are arguably noisier than those coming from the inside. In a few Tesla models, owners have reported a rattling noise originating from the fender liner bumping up against the wheel well.

This problem is likely the easiest to fix because there is no need for disassembling panels or any tools involved. All you need to do is buy rubber foam like the one I linked above).

The ball joints are also near this area, and according to Repair Pal, they account for 28% of rattling sounds in Model Xs. However, if this is the issue, you’ll need to go to a repair center and buy a replacement.

6. Noise From the Center Console

You might notice a clattering sound coming from between your seat and the passenger’s—especially if you own a Model 3. Pay close attention, and you’ll realize that it’s the sound of the armrest and center console banging against each other, especially when driving your Tesla on a bumpy road.

To be specific, this noise is actually because the latch on the center console is loose. Here’s what you’ve got to do:

You should find that the console is less shaky when closed, and the rattling has stopped.

If you’d like to find out why your Tesla is making a weird noise when charging, then check out this related post that I wrote.

You might not notice this one until after you’ve used your car for a while. Many drivers report a squeaky sound coming from the phone dock. This sound is especially noticeable if you plug and unplug your USB cables often or incorrectly.

Some people found success in simply tightening the T20 screws holding the phone dock hinge in place. If you truly want to get rid of the squeaky sound from the phone dock, here’s a better approach:

They might not be as annoying to the driver, but rattling sounds in the backseat can be distracting as well. It’s common to hear rattling in the backseat, usually coming from the headliner (the material covering the ceiling).

Again, this noise is usually caused by loose wires and broken clips. Unfortunately, it’s a little more difficult to detect, but it’s usually an easy fix. Here’s how:

Your VIN plate is like your car’s fingerprint, and it’s extremely important that it stays intact. In any case, many Tesla owners have noticed a squeaking noise coming from the VIN plate. As the car moves, the VIN plate rubs against the windshield, producing a sound.

There are two ways you can eliminate the rattling noise from a loose VIN plate:

Note that you may still hear rattling noises from that general area. It may take some trial and error before you are able to fix this problem.

Some users find an orange tag near the VIN plate which reportedly causes some rattling. However, it is important for emergency services, so I wouldn’t suggest that you tamper with it at all.

Detecting Noises in Your Vehicle

Here’s a table summing up all you need to know about rattling noises in your tesla:

It’s fair to say that Teslas are silent by design—probably as a way to distinguish the brand from their gasoline-fueled counterparts.

“While some enthusiasts embrace the idea of hearing the sounds of well-known sports car engines when speeding in their Tesla, most owners stress the beauty of a silent drive”

The fact that there are so many different causes of rattling noises in Tesla cars makes it difficult for the average driver to pinpoint where the sound is coming from. Nonetheless, the first step in quieting your Tesla is locating the rattling noises.

You can wait until you hear a specific noise that bothers you, but a better approach is to spend a day exploring your Tesla inside out. You’ll need to drive around, specifically looking for bumpy roads and windy bridges. Turn off the music and pay close attention to any sounds you hear.

Additionally, download a tone generator app (you’ll find many) to help you find rattling noises easier. This is an app that allows you to play a single tone at different frequencies that will help to pinpoint the source of the noises.

Try adjusting frequencies and listen carefully. You should be able to hear the rattling louder so you can locate the problem.

Are rattles covered under Tesla Warranty?

Tesla warranty does not cover any rattling noises you hear in your vehicle. Getting your car checked at a service center will cost you money. Some noises will be more expensive to fix than others.

Is it normal for a Tesla to make noise while parked?

While parked, it’s normal for the coolant on a Tesla to make a sound as it lowers the temperature of the battery. It sounds like a humming noise. Any other rattling sounds are cause for concern.

Can A Tesla Key Cards Get Demagnetized? 5 Things To Know

Are Teslas Hard To Steal? Security Features and Advantages

The Evolution Of Electric Vehicles